Why is My Dog Breathing Fast?

When your dog is bursting with excitement or finishing a massive fetch session, you can see its exertion through its breathing. That is perfectly normal; however, there are some situations that may give you pause when it comes to labored breathing in dogs. It is important to learn why this can happen and what steps you should take to fix the problem if it is a concern.

Always reach out to your experienced, knowledgeable veterinary provider if you have any worries and keep a pet emergency kit handy for those just-in-case situations. 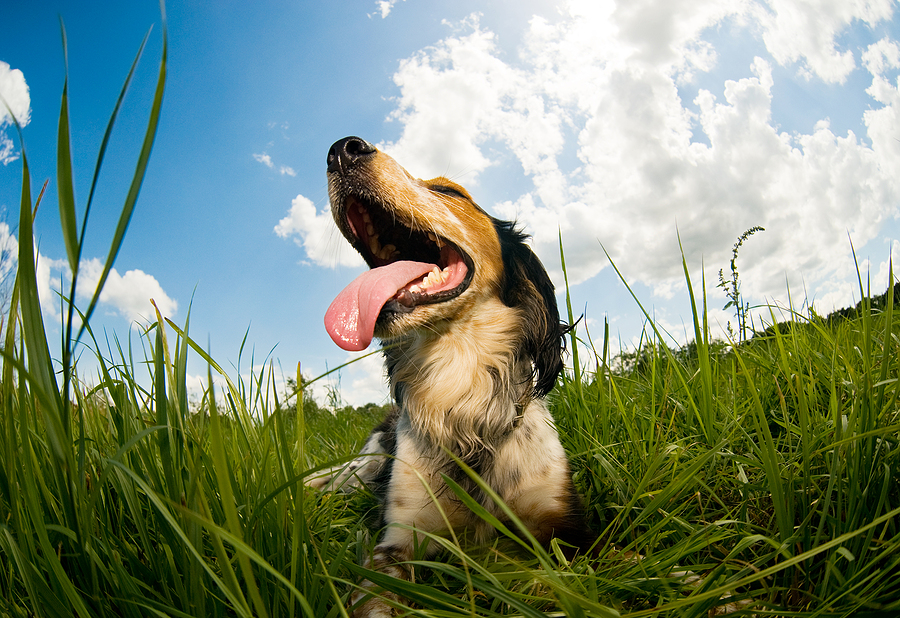 What is the normal respiratory rate for dogs?

The average dog’s typical breathing rate – a complete breath both in and out – is around 18 to 30 breaths per minute at rest, with the range dependent on the size and breed of dog. (Compare that to humans, which complete about 15 breaths per minute.) A good way to check this is by counting your pet’s rate while it is at rest or asleep. Anything over 35 breaths per minute would be considered abnormal.

Why is my dog breathing fast?

The most common reason for (rapid breathing in dogs) is exertion. Dogs do not sweat like humans, so panting is how they keep from overheating. If your pet recently took part in activities like fetch or went on a long walk, rapid breathing for a short period of time is fine. Dogs can also breathe faster while in deep sleep, as they may be acting out their dreams.

There are other conditions, however, that can lead to rapid breathing.

What are some other symptoms?

If you are worried about your pet, there are many ways to monitor the health of your dog. Respiratory rate is one of several elements to watch in your four-legged friend. Other signs that your dog might have a breathing problem include open-mouthed breathing, drooling, pale or bluish gums, using their stomach muscles to breathe or a reluctance to eat or drink.

Dogs with flat faces like pugs and French bulldogs do suffer from breathing issues. These dogs suffer from Brachycephalic Obstructive Airway Syndrome (BOAS), which is caused by a narrowing of the upper respiratory tract. You may find dogs with BOAS have trouble breathing especially after exercise or eating meals.

If you notice your puppy breathing fast, many of the same rules that apply to older dogs are in play as well. But there are a couple of puppy-specific issues that may lead to rapid breathing. The first is stress – as new pups get used to being in the world and learning new things, taking it all in can be stressful and lead to rapid breathing. Another cause for rapid breathing may be a swollen belly. Pups can get this ailment either by eating too much or dealing with worms, which are often passed to puppies by their mothers.

Does this apply to cats?

Yes. Cats and dogs have similar breathing systems. You can monitor your cat’s heart rate the same as you would a dog. Cats normally complete between 16 to 40 breaths per minute, which is faster than both humans and dogs. Many of the signs and symptoms for rapid breathing in dogs apply to cats. So, a cat breathing fast would need to be monitored just as carefully as a dog and taken to the vet if the problem does not subside.

Pets pant for a variety of reasons, and while it is primarily done to help them keep cool, there are other examples that serve as a signal to more serious problems. Being aware of these warning signs will enable you to react quickly and keep your pet healthy if there is an issue.