What Are the Different Types of Pit Bulls?

Pit bulls are arguably the most misunderstood breed of dog. Many owners love their loyal pets, but the public perception is often different. There is even confusion about the true definition of what is a pit bull, as there are many different types of bully breed dogs.

There is no mistaking the popularity of pit bulls. According to statistics, there are approximately 18 million pit bulls, or 20 percent of the larger dog population, owned in the United States. Many dog organizations want to make clear that the few bad actions of humans with pit bulls should not reflect on the breed of the dog.

Before you consider bringing a pit bull into your home, find out more about this unique breed and how they came to be one of the most noteworthy dogs in the country. 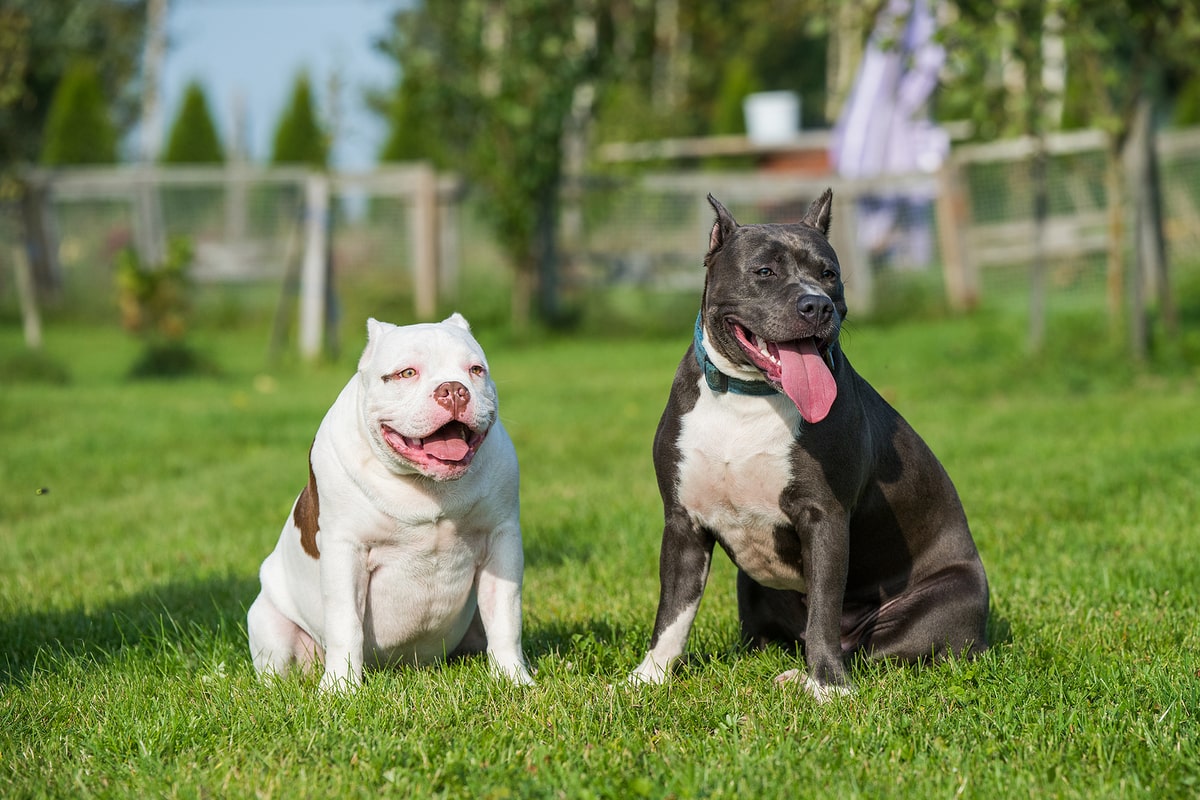 Where are pit bulls from?

There is no definitive answer, but the origins of the breed can be found going back to the United Kingdom around 1800. What we know as pit bulls were bred from English bulldogs for use in violent sports known as bull baiting and ratting. Bulldogs and terriers were bred to create the “bull terrier.”

In the sport of ratting, rats were placed in a pit and the name stuck to the dogs tasked with eliminating them. As people from the UK immigrated to the US, they often brought their dogs with them and the breed became popular.

What are the different types of pit bulls?

There are four breeds that are classified as pit bull type dogs by the American Kennel Club (AKC) and United Kennel Club (UKC), the largest registry of purebred dogs in America and abroad. These are:

What is the difference between an American bulldog vs. a pit bull terrier?

One big difference is that most American bulldogs come from the mastiff line. That leads to a size distinction. Pit bulls shouldn’t exceed more than 60 pounds according to the kennel clubs and usually measure no more than 20 inches at the shoulder. Bulldogs are much larger than pit bulls. They can weigh between 60-120 pounds.

Another discerning feature is found in the snouts and heads. Pit bulls have an equal length between their snout and skull, while bulldogs will have a skull longer than their snout. Bulldogs also tend to have wrinkles while the skin around pit bulls stays taut.

What are the American bully sizes?

How strong are pit bulls?

Make no mistake, pit bulls are strong. They have squat, muscular bodies that give them a lot of power in a compact frame. However, pit bulls are not the strongest dog, or particularly more aggressive than any other breed. A pit bull’s bite isn’t stronger than other breeds like German shepherds or Rottweilers. They do, however, need plenty of exercise to stay healthy.

Is an American pit bull a family dog?

Despite the unfair reputation pit bulls receive, the breed – especially ones that have been trained and raised responsibly – make great family pets. Pit bulls are healthy dogs that don’t require a lot of maintenance. Pit bulls are generally very eager to please and often crave human attention. Pit bulls love people and are happy to engage with children. They are also very loyal and will quickly become a valuable member of your family.