Is It Illegal to Declaw Cats in Florida? 5 Considerations

The notion of declawing cats is a controversial one. Pet owners may wish to stop their feline friends from scratching and destroying furniture and other objects, but many veterinarians and animal advocates feel the practice is abusive.

For years, the practice of declawing took place, but recently, spurred by animal rights groups and others, real pushback is occurring against declawing. New York recently became the first state in the U.S. to ban cat declawing, with Gov. Andrew Cuomo saying, “We will ensure that animals are no longer subjected to these inhumane and unnecessary procedures.” 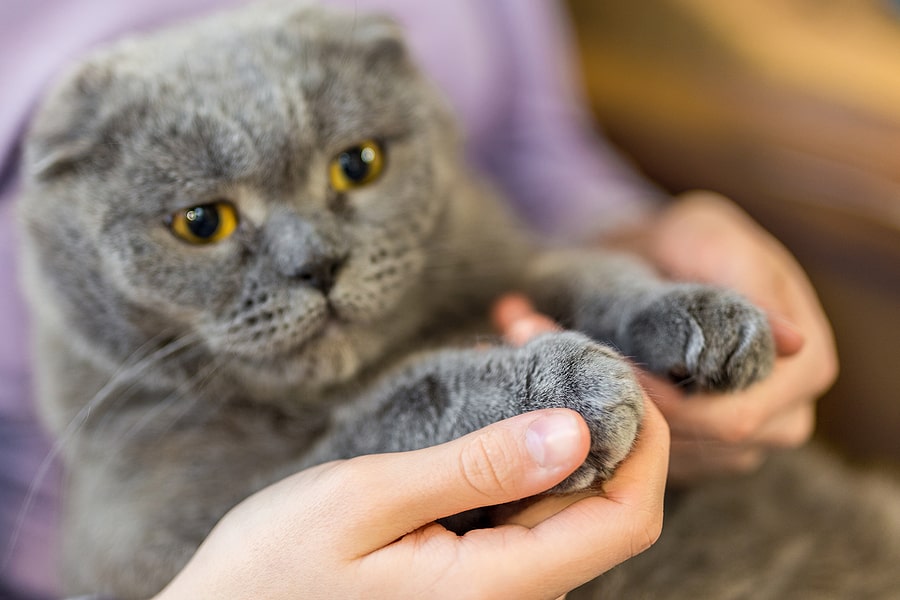 It is illegal to declaw cats in more than 40 countries, including England and France, and nine U.S. cities. The movement has picked up steam and has arrived in Florida, where state Sen. Lauren Book sponsored a bill to end the practice: “The procedure is not only unnecessary and painful but leads to complications that increase the likelihood of cats being surrendered to animal shelters. Florida’s felines deserve better,” she said.

Can cats be declawed in Florida? Find out more about the practice and its legality:

Is it illegal to declaw cats in Florida?

Book’s bill, SB 48, which would make it illegal to declaw cats for non-therapeutic reasons in Florida has not yet passed. It was approved by the Committee on Agriculture but failed to make it out of the Innovation, Industry and Technology committee. That means the bill is no longer active. Animal rights supporters are hoping the bill will be reintroduced during the state’s next legislative session in order to make declawing cats illegal in Florida.

Is declawing a cat cruel?

Before we answer the question of “Is declawing a cat inhumane?” it’s important to understand the process that some cats undergo. Declawing is the amputation of the last bone on each toe. There are two ways felines can be declawed. The most intense and traumatic procedure involves slicing the joint and the pad of the cat’s claw. It is the equivalent of a human slicing the tip of their finger off. This procedure, which is rarely used, can cause serious and long-term damage to the cat.

The more cosmetic declawing procedure uses a small blade to remove the claw and bone but leaves the claw intact, allowing the cat to continue to walk without any pain. Cats still will have the desire to scratch, even if they are declawed.

What are the health concerns in declawing a cat?

Cats whose pads have been cut often develop back problems due to shifting their gait. It causes strain on the leg joints and spine, which can lead to arthritis as well. Also, cats whose claws have been removed can’t be outside. They are unable to climb and defend themselves against other cats.

Why would I declaw my cat?

Most of the reasons people express when wondering, “Can you declaw a cat in Florida?” are related to simple convenience for the owner. Cats can be destructive. They can do damage to furniture. But the first option to fixing this behavior should not be removing their claws.

There are a few rare medical reasons that could lead to declawing your cat. If the cat’s claw has a tumor or has been damaged, for example, the procedure may be necessary in order to keep the pet healthy. In other cases, owners who have compromised immune systems or who use blood thinners could have adverse effects from the bacteria that can live on a cat’s claws.

So, is it legal to declaw a cat in Florida?

Right now, the answer is yes, but many vets and animal experts feel that should be a last resort if you have a cat with scratching problems. Trimming your cat’s nails weekly can help the issue. Soft claws can be utilized as well. But if you want to prevent your cat from scratching furniture, you may want to invest in covers. Some owners spray the cat’s target with synthetic pheromones to repel the cat.

Ask your experienced veterinarian for advice on how to keep your kitty from scratching where they should not. For cats, scratching is a natural part of their behavior, and we shouldn’t, as humans, seek to bring them pain for our own convenience.