Both healthy people and animals have a series of glands that work to produce hormones that help regulate the body's systems. For the most part, these glands function without issue.

However, there are certain times where these glands can cause problems. In dogs, specifically, one particular gland issue can lead to serious health concerns. Cushing's disease was discovered more than 80 years ago by Dr. Harvey Cushing, a neurosurgeon who discovered a link between illness and the production of a hormone called cortisol. While this disease does affect humans, the primary patients of Cushing's disease are dogs. 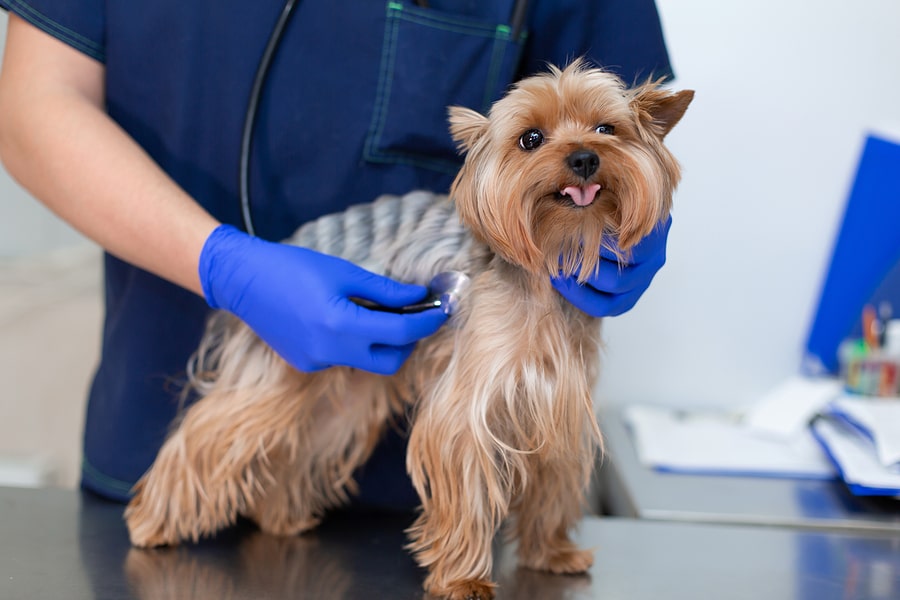 Pet owners who worry about Cushing's disease should realize that if treated properly, the issue can be addressed. But it is important to learn about the warning signs and reach out to your experienced, knowledgeable veterinary provider if you have any questions or concerns as soon as possible so the disease does not progress.

What is Cushing's disease for a dog?

Cushing's disease occurs when the dog's body makes too much cortisol, a hormone that helps your dog respond to stress, battle infections, control their weight and keep blood sugar levels regulated. But too much cortisol can cause problems for your pet.

How does Cushing's disease form?

The other is adrenal-based Cushing's disease, as the adrenal glands, near the kidneys, produce too much cortisol.

What are the symptoms of Cushing's disease in dogs?

One of the tricky elements of this disease is that many of the initial symptoms are hard to spot. It is a chronic and progressive disease, with signs becoming more obvious over time. But there are several things to keep an eye on when checking for Cushing syndrome in dogs. Symptoms include the following:

Dogs suffering from Cushing's disease tend to develop a "potbelly," where the abdomen seems fatter. This is due to a buildup of fat within the abdominal organs. The weight of the organs begins to stretch the abdominal wall.

Is Cushing's disease for older dogs only?

While any dog is susceptible to Cushing's disease, it is true that the symptoms primarily appear in middle-age to older dogs. Since symptoms of the disease often take a year or more to fully develop, pet owners with dogs older than six should take note of how they are acting and discuss with their vet how to proceed if they see symptoms.

How is Cushing's disease diagnosed?

There are several things to consider when determining the health of an old dog. Cushing's disease symptoms may be obvious when you take your pet to the vet, but there isn't a surefire test to determine the disease - your provider will look at several options. The vet will test the dog's blood and urine. If the results show dilated urine or a urinary tract infection, Cushing's could be likely.

The vet will follow up with more complex screening tests, including the ACTH simulation screening. This measures how well the adrenal glands work in response to a hormone that leads to the production of cortisol. How your dog responds will determine if Cushing's disease is at play. The other test is a Low-Dose Dexamethasone Suppression (LDDS) screen, which looks at how your dog's body interacts with a man-made cortisol.

Lastly, an ultrasound will also help determine if there are any tumors on the dog's adrenal glands.

Are there other diseases that mimic Cushing's syndrome?

Some of the symptoms that develop with Cushing's disease are similar to those found in pet diabetes. That is why it is important to undergo all the proper testing to ensure the correct diagnosis for your pet.

What is the treatment for Cushing's disease?

Most vets prefer to use medication to treat the disease for both pituitary and adrenal cases. In some cases, if the illness is caused by a tumor on your dog's adrenal glands, surgery is an option. But any surgery comes with its own dangers.

The most common drug for dogs with Cushing's is an FDA-approved medicine called trilostane. It essentially stops the production of cortisol in the adrenal gland. Some of the side effects include reduced appetite, diarrhea or lethargy. Owners can take comfort in the fact that when it comes to Cushing's disease in dogs, the prognosis is generally positive. Many dogs continue living a healthy, happy life for several years with a proper mix of medication, checkups and blood work.